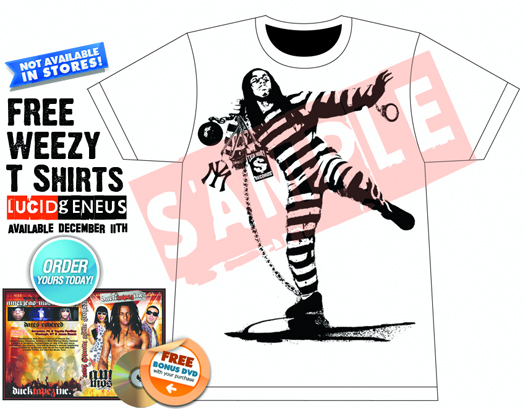 As you know, Lil Wayne is heading to jail in February 2010 and we have done a deal with Knotti to sell some “Free Weezy” t-shirts. We have 100 t-shirts to sell, so it’s first come first serve. The price is $20 plus $3 for shipping, and you also get a free “America’s Most Wanted Tour” DVD with your t-shirt. You can order your shirt from the button below, and we will ship all packages on January 15th, so you will receive them about 3 to 5 days after that. We also ship internationally.

We would also like you to send in a picture of you wearing the shirt and include a letter to Weezy which we will then send to him while he’s locked up.

Update: The sizes of the t-shirts are American, and we have put up 100 more t-shirts for sale. One lucky person will receive an iPod Touch with their package! The person will be randomly chosen and if you have already ordered, you are included in this raffle. The iPod Touch will include ten Lil Wayne x Young Money mixtapes preloaded already on it, good luck ❗ 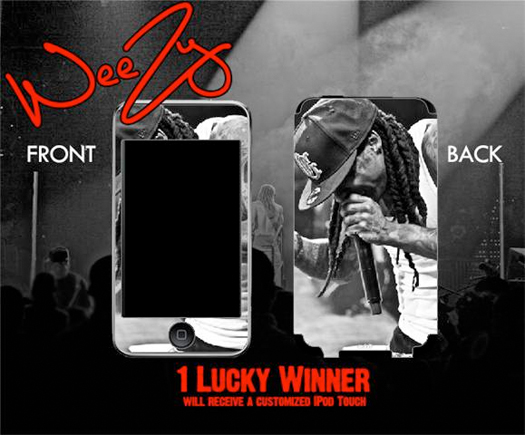 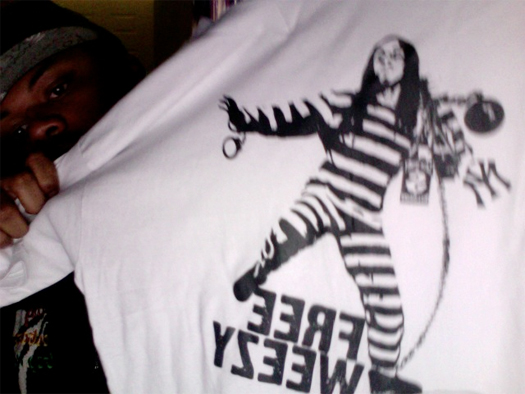 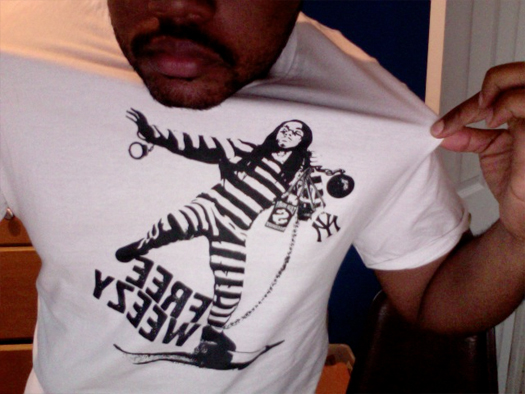