Here are some photos of Lil Wayne sitting courtside at the Los Angeles Lakers vs. New Orleans Hornets game last night (December 29) in the New Orleans Arena. Mack Maine, Marley G and E.I. were also sitting next to Weezy, and you can view more pics after the jump. 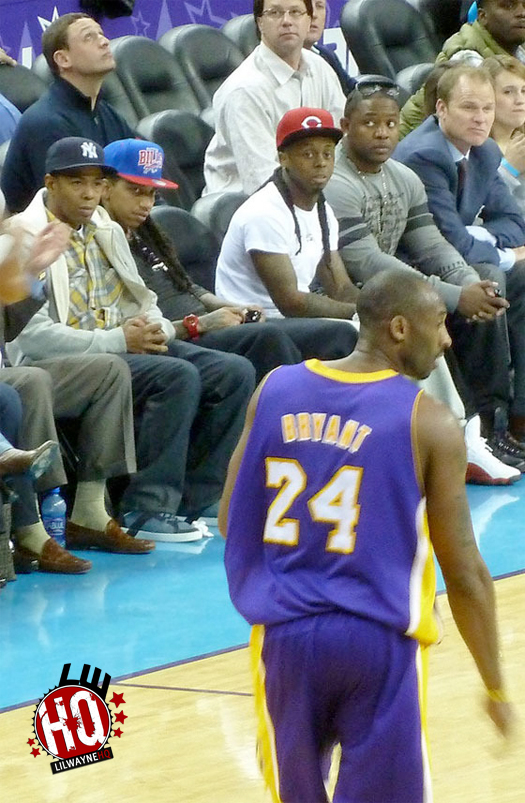