While serving time behind bars at Rikers Island this year, Lil Wayne gave an electric wheelchair to the mother of one of his fans. This shows just how much of a nice guy Weezy really is, and I’ll tell you now that not many artists would of done something like this. You can get more information about this story by watching the video above, and you can read what Tunechi said on WTY below:

When you hear the Southwest Airlines tagline “You’re now free to move about the country” the one time that you could really appreciate it, is if you were to loose that freedom.

Stricken with failed knees, and an ill-fitted wheelchair that set her up for a horrible fall from a church ramp, Evelyn Austin, had become a prisoner in her Williamstown, Nj home, confined to her bed for almost 2 years.

I came to know about Evelyn through a series of letters that her Daughter Ronda Austin had written me while I was incarcerated.

This is their story. God Bless Austin Family

Hit the jump to view a photo of Wayne and Eminem rehearsing “No Love” on the Saturday Night Live stage earlier today. The full performance will air on TV this Saturday, and Tune is supposedly going to perform “Six Foot, Seven Foot” too. This is going to be a must watch! 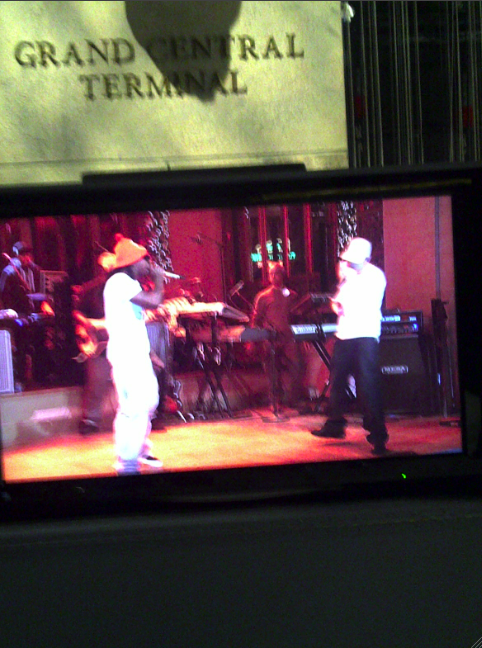