Last night, T.I. brought out Lil Wayne as a special guest to perform at Hot 107.9’s Annual Birthday Bash in Atlanta, Georgia. You can watch some footage after the jump of Weezy performing “Bill Gates“, “Motivation” with Kelly Rowland, “John“, “The Motto“, and talking to MTV about his 15 minute set. I have also included photos from Tune‘s performance below too.

Lil Wayne performs “Motivation” with Kelly Rowland and talks about his performance. 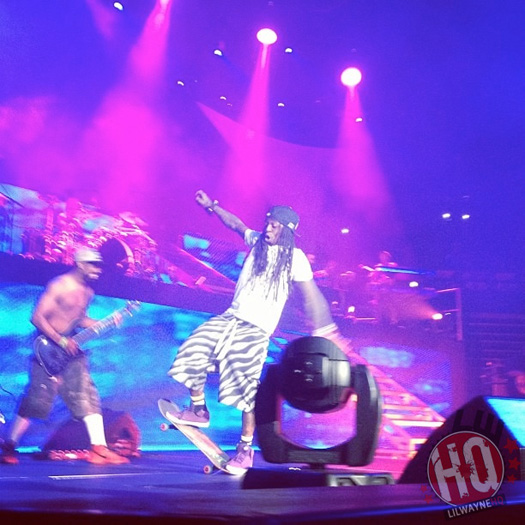