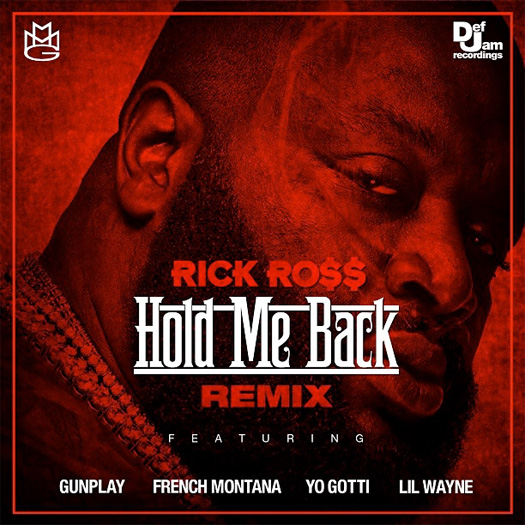 After U.S. President Barack Obama was re-elected last night, Rick Ross released the official remix to his “Hold Me Back” single. This remix featured Lil Wayne, Gunplay, French Montana, and Yo Gotti.

You can stream and download the “Hold Me Back” remix after the jump below. If you are looking for the original song, it can be found on Ricky Rozay‘s God Forgives, I Don’t album, which is available in most music stores today!

“Between her legs, 5 star restaurant”