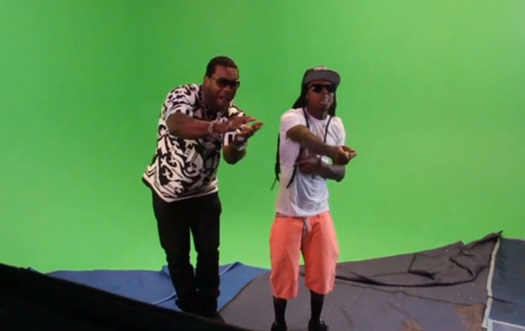 Check out some behind the scenes footage from Busta Rhymes‘ “Thank You” video shoot featuring Lil Wayne, Q-Tip, and Kanye West in this post.

The visual, which was directed by Director X, will premiere this Sunday on November 17th. Mack Maine can also be seen making a cameo while Weezy shoots his parts in front of a green screen.