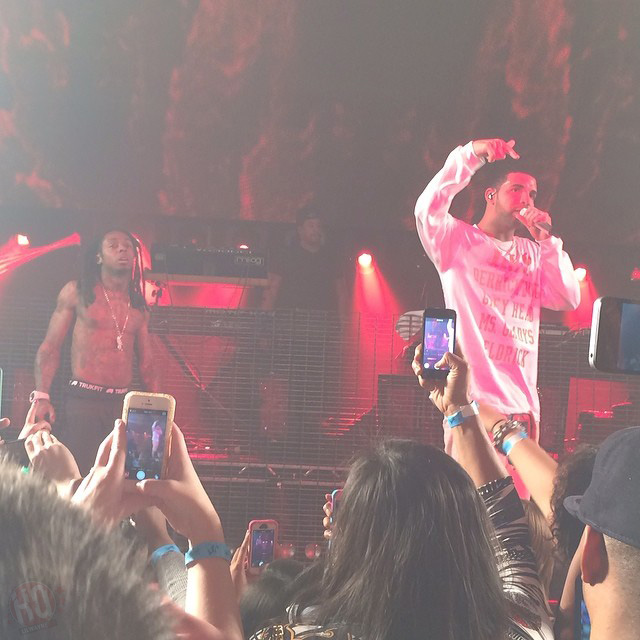 Last night, Drake brought out Lil Wayne to perform live with him at the House Of Blues in New Orleans, Louisiana. During the performance, Drizzy announced that Tune’s upcoming Tha Carter V album will be released on May 5th!

Drizzy Drake also mentions to the crowd in the clip, which you can watch after the jump below, that Weezy F Baby and Young Money are rapping at their best on this album. The confirmed features on the project so far will come from Drake, Nicki Minaj, Euro, and Flow.

On February 10th, Drake went on Twitter to hype up Tha Carter V even more by just tweeting the album title. So who’s excited?