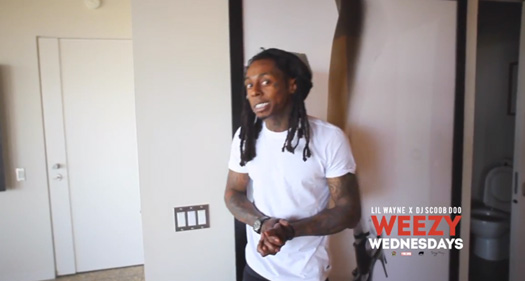 In this post, you can watch episode 19 of Lil Wayne‘s “Weezy Wednesday’s” series.