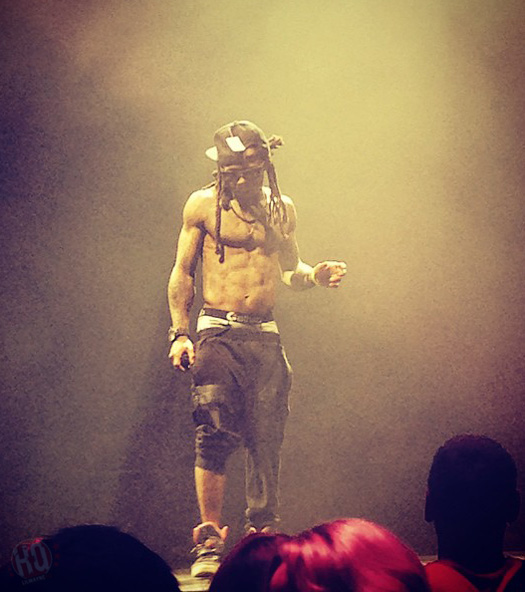 On September 7th, Lil Wayne and Drake brought their tour to the Gexa Energy Pavilion in Dallas, Texas. I’ve already posted photos from the show here, but you can also watch some front row footage from the concert that ended with Drizzy being victorious below.

The Young Money rappers can be seen performing “Believe Me“, “The Motto“, “HYFR (Hell Ya Fuckin’ Right)“, “Trophies“, “Started From The Bottom“, and “Hold On, We’re Going Home” live together.

Weezy F Baby and Drizzy Drake will next be performing on their joint tour later tonight in Morrison, Colorado at the Red Rocks Amphitheatre!

Drake performs “Trophies” and “Started From The Bottom” with Lil Wayne on stage.