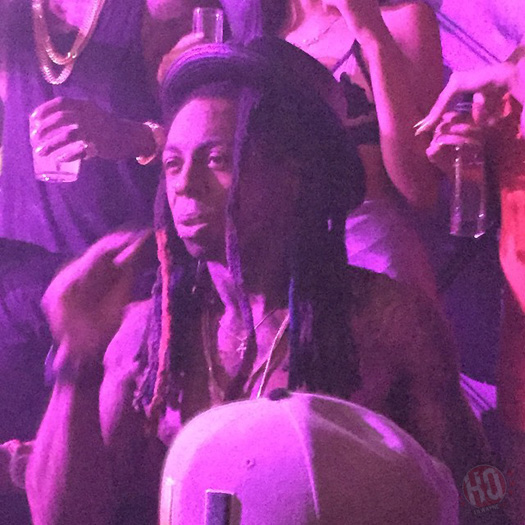 During his appearance, Weezy chilled in VIP listening to the songs being played by the DJ and also got the mic to let everyone know that he was inside the club.

You can check out a clip of Tunechi at IVY Nightclub after the jump below, courtesy of Ariel Mitchell and McKinley Hicks!