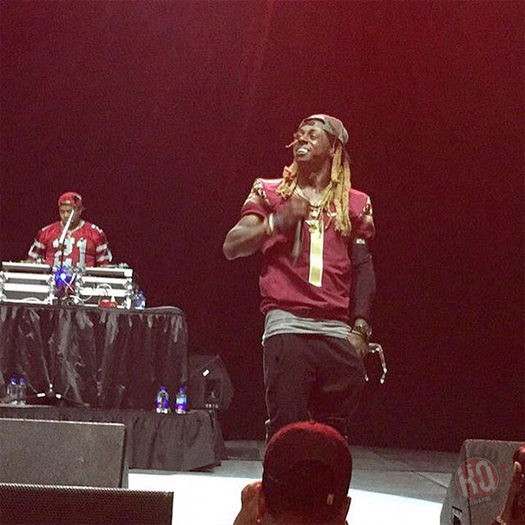 On October 28th, Lil Wayne performed live at the Donald L. Tucker Civic Center in Tallahassee, Florida for a stop on the “Weekend Kickoff Live” tour.

During his set, Weezy performed plenty of his hits live including “Go DJ“, “Hustler Musik“, “No Worries“, “The Motto“, and more.

You can check out some footage from the concert in a few clips after the jump below!