DJ Khaled, Lil Wayne, Justin Bieber, Chance The Rapper & Quavo Shoot A Music Video For “I’m The One” In Malibu

Yesterday, DJ Khaled shot a music video in Malibu, California with Lil Wayne, Justin Bieber, Chance The Rapper, and Quavo from Migos that is being directed by Eif Rivera.

The currently unreleased song, which will be called “I’m The One“, will be the second single from Khaled‘s upcoming Grateful album, due to drop later this year.

You can check out another photo from the “I’m The One” video shoot after the jump below! Who is looking forward to hearing the collaboration? 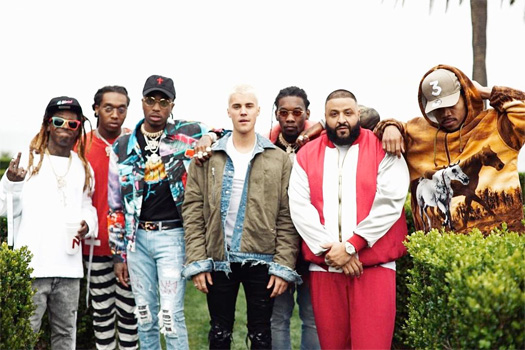