Cortez Bryant has given a little update on Lil Wayne and DJ Drama‘s forthcoming Dedication 6 mixtape via social media.

In an Instagram post by LilWayneFanPage2017 that had a caption saying: “We need that dedication 6 as soon as possible”, Weezy‘s best friend and manager commented saying: “SOON COME!”

Wayniacs, do you think the sixth installment of Tunechi‘s Dedication tape series could really be here soon, or do you think Tez has just found a new way of saying “coming soon”? 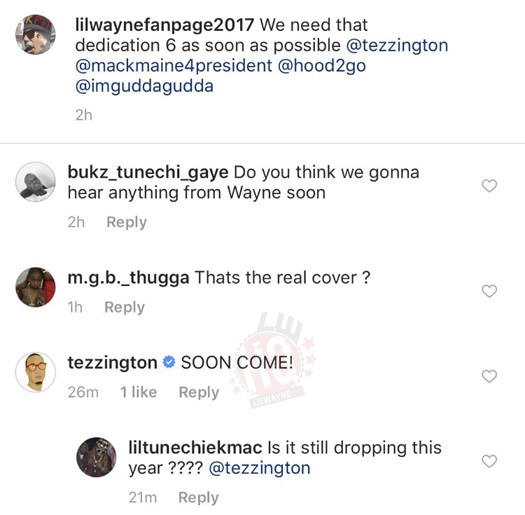