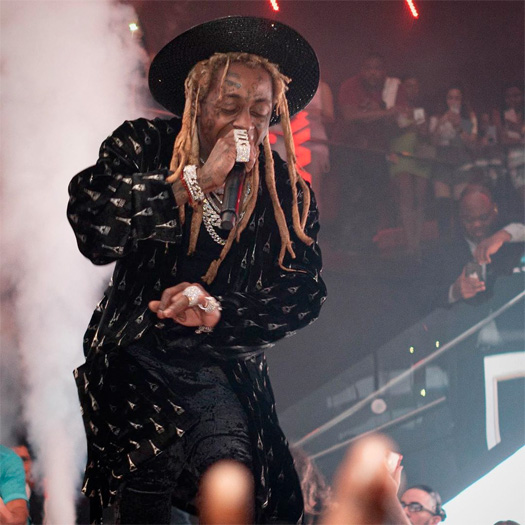 I posted up lots of pictures a few days ago, and now here is a video of Lil Wayne from his Halloween party at LIV nightclub in Miami, Florida on October 25th.

While at the event, Weezy chilled with his homies and also got on the podium to perform “John“, “A Milli“, “Steady Mobbin’“, “Rich As Fuck“, and “Uproar” live for everyone in attendance.

You can check out some footage of Tunechi celebrating Halloween early at LIV in Miami after the jump below. Enjoy!