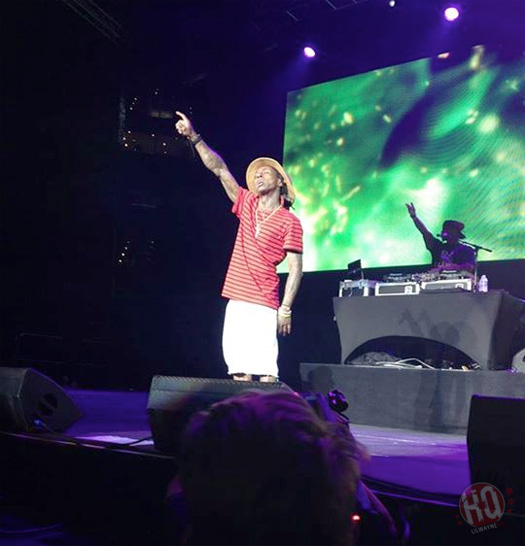 END_OF_DOCUMENT_TOKEN_TO_BE_REPLACED

Lil Wayne To Attend The Gatsby In Houston, Texas On June 13th With Drake

A week tomorrow, Lil Wayne will be partying with his Young Money artist Drizzy Drake and other special guests at The Gatsby nightclub in Houston, Texas.

Drake recently revealed his schedule for the upcoming “Houston Appreciation Weekend” and on June 13th, he has a live concert as well as an after-party at The Gatsby.

It doesn’t mention on the flyer, which you can view below, if Weezy will be performing at Drake‘s show earlier in the evening, but you never know as Drizzy could bring him out for a surprise live performance!