Tag Archives: rise of an empire 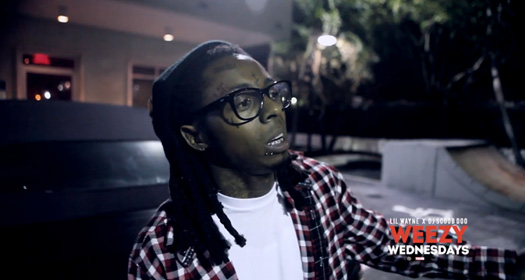 END_OF_DOCUMENT_TOKEN_TO_BE_REPLACED

Young Money‘s new compilation album, Young Money: Rise Of An Empire, has officially been released in stores today. Show your support for Lil Wayne‘s label and group by purchasing a copy (or more) from your local music store, iTunes, or Amazon.

Don’t forget to leave your feedback in the comments section below with your thoughts on Young Mula‘s latest project and how many copies you think it will sell in the first week!

Check out Lil Wayne‘s solo song from Young Money‘s forthcoming compilation, Rise Of An Empire, due to be released in stores on Tuesday (March 11th).

The track, which is called “Moment“, is a leftover from Weezy F Baby‘s upcoming Tha Carter V album. You can stream it after the jump below.

Click here to pre-order the Rise Of An Empire album from iTunes. There is also another new Tune feature on the project on a Christina Milian record titled “Video Model“!

END_OF_DOCUMENT_TOKEN_TO_BE_REPLACED

You can now pre-order Young Money‘s upcoming compilation, Young Money: Rise Of An Empire, which will be released in stores on March 11th.

iTunes have added up the deluxe edition of the album, but for some reason the Shanell and Chanel West Coast “Hittin Like” track is missing, so there is only 14 songs instead of 15. Check out the full tracklist here if you have not yet seen it.

Click here to pre-order Young Money: Rise Of An Empire from iTunes!

This David D.A. Doman-produced track will appear on the upcoming Young Money: Rise Of An Empire album, due to be released in stores on March 11th.

You can listen to “Senile” below! Do you like the song better than the 2010 YM single that had the same lineup of artists – “Roger That“?