Here is the official music video for Nicki Minaj‘s “High School” single featuring Lil Wayne. The visual, which was directed by Benny Boom, was shot in Los Angeles, California on March 11th. Emilio Rivera and the YMCMB general Birdman can also be spotted making cameos!

This Boi-1da and T-Minus-produced song appears on Nicki‘s Pink Friday: Roman Reloaded – The Re-Up album, available in stores today. Click here to watch some behind the scenes footage from the “High School” video shoot and here to view some photos.

Here is the official music video for Lil Wayne‘s “Rich As Fuck” single featuring 2 Chainz. The visual, which was directed by Parris, was shot back in December, 2012.

You can find the T-Minus-produced song on Weezy F Baby‘s upcoming album, I Am Not A Human Being II, available in stores on Tuesday!

Earlier this year, the unmastered version of Lil Wayne‘s “Rich As Fuck” aka “R.A.F” single featuring 2 Chainz leaked online. Now today, the official version gets released, which sounds a lot better in quality. The other change I noticed too is that Tune has swapped verse one with verse two.

This song will appear on Weezy F Baby‘s upcoming album, I Am Not A Human Being II, due to be released on March 26th. I’ve already posted where you can purchase the different editions of Wayne‘s album, but iTunes have just added up their pre-order link, so you can now buy the project from iTunes here!

You can stream the CDQ version of “Rich As Fuck” after the jump below. A music video has already been shot for the T-Minus-produced track, so we can also be looking forward to that dropping sometime in the future.

END_OF_DOCUMENT_TOKEN_TO_BE_REPLACED 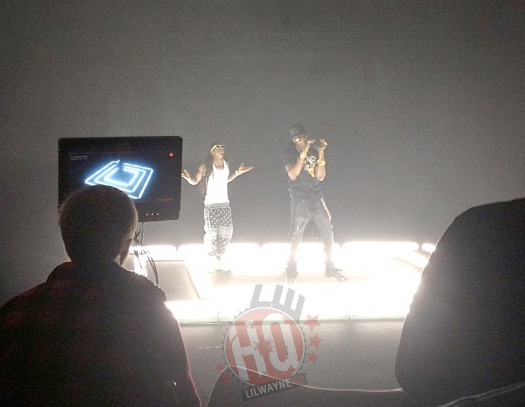