Young Money Entertainment, simply known as Young Money, is a record label and group that Lil Wayne set up in 2003. The label is an imprint of Cash Money Records, who Wayne also has a solo contract with, and is distributed by Universal Music Group. One of Weezy‘s closest friends who he grew up with, Mack Maine, is the President of Young Money Ent, which means his job is to look after all of the artists on the label and make sure they are getting everything that they need to work with.

Click here to find out more information about each artist signed to Young Money Entertainment and don’t forget to visit YoungMoneyHQ to view all of the latest updates on the label members! 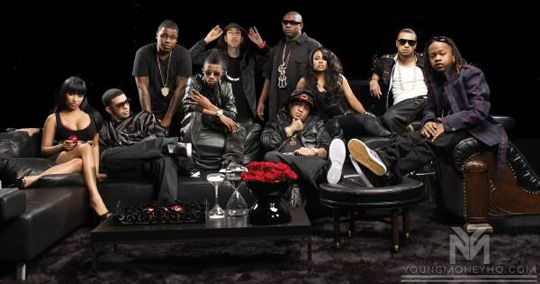