On this page, you can read a list of comments from top artists showing love to Lil Wayne in their interviews, which shows more proof that he is one of the greatest and most respected rappers in the hip-hop industry today.

I have included messages from the new generation rappers expressing how Weezy F Baby has influenced them in someway, as well as the old-school rappers who show their admiration for Wayne by complimenting him on his rapping skills and work ethic.

Of course there are plenty of other people, such as President Barack Obama, sports stars, and other music artists in different genres that have also given Tunechi his props, but I have only included rappers in this list.

This is also a great page to show those Lil Wayne haters who are constantly hating on him, but don’t know a single thing about him or even hip-hop. It may even make them shut up! 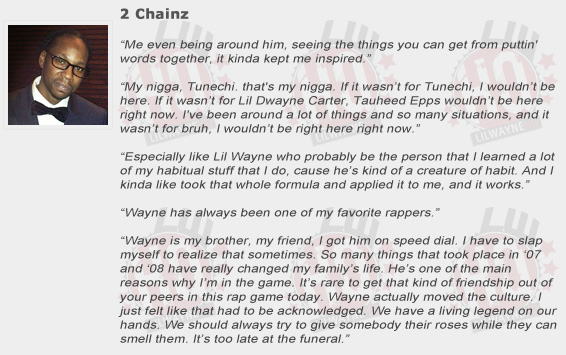 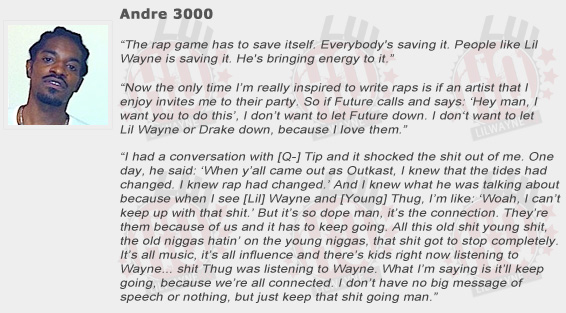 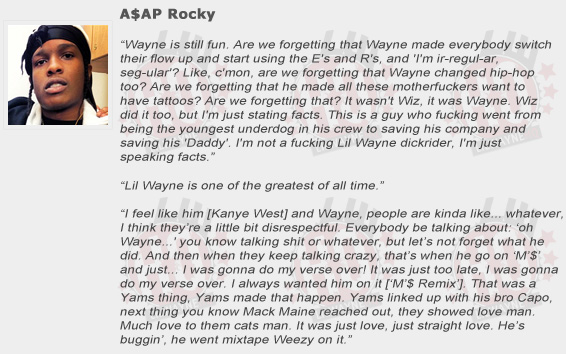 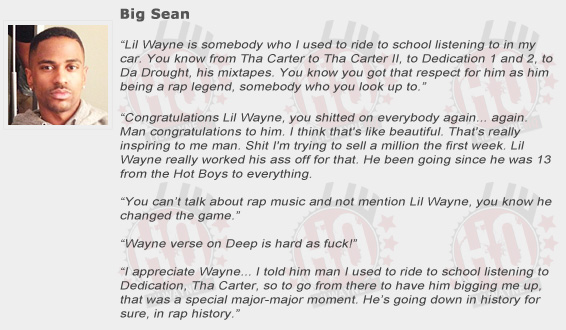 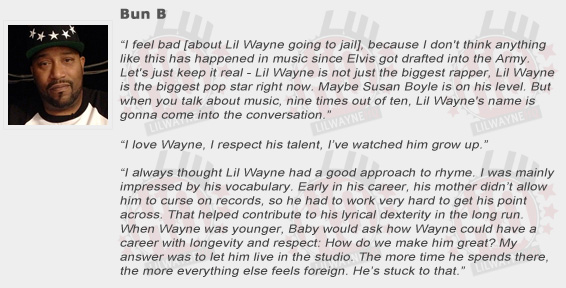 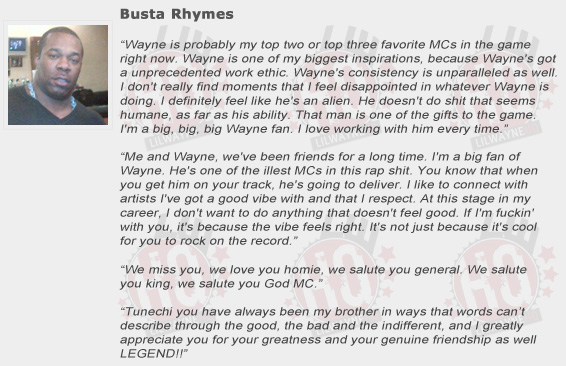 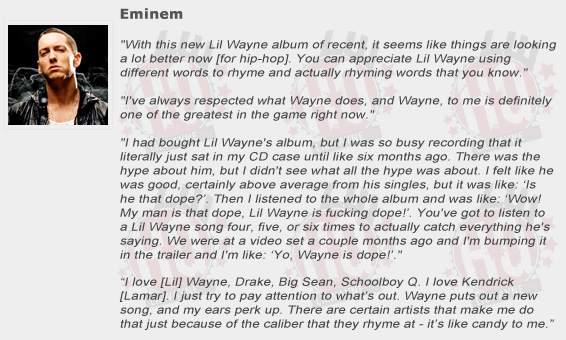 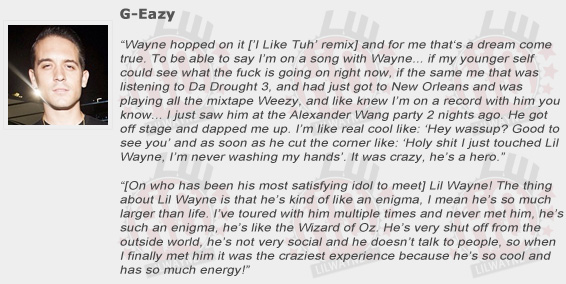 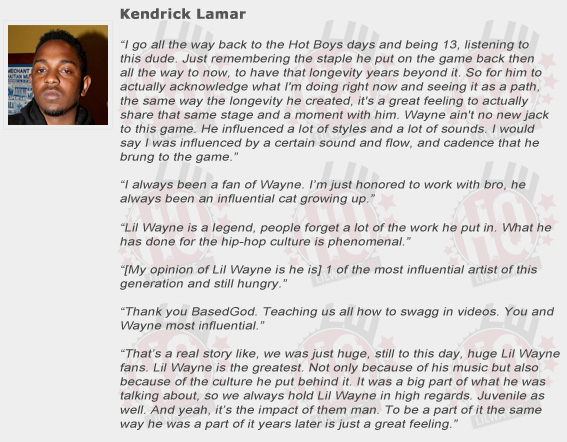 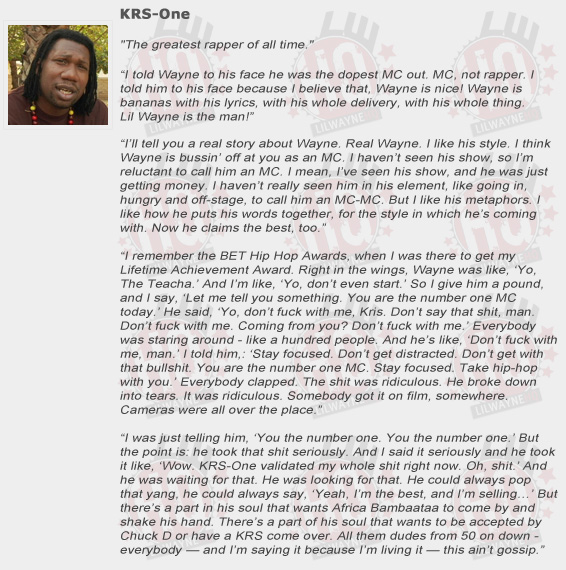 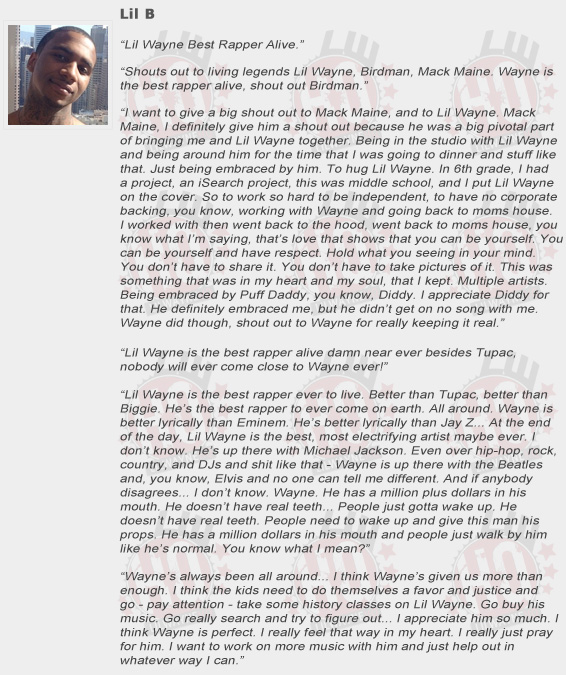 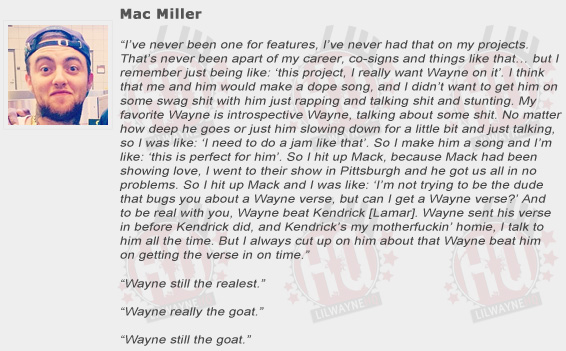 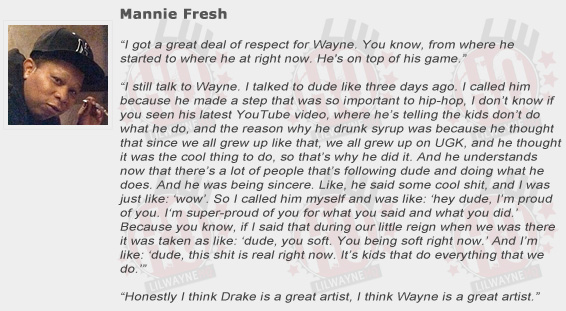 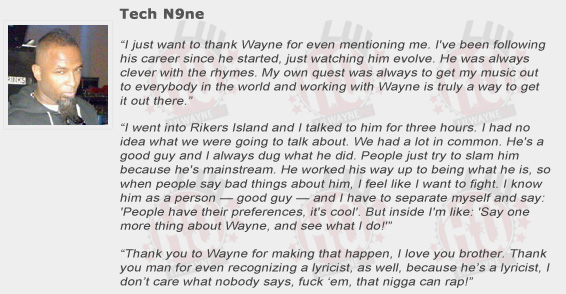 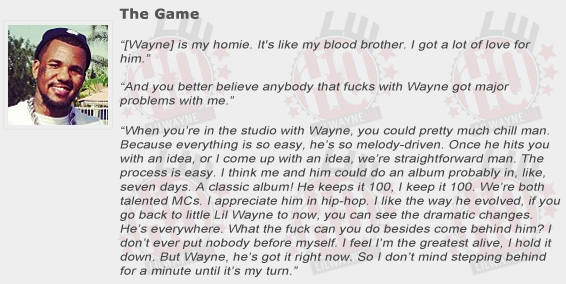 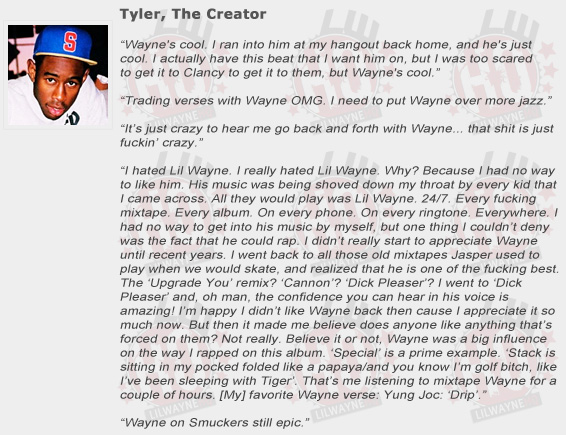 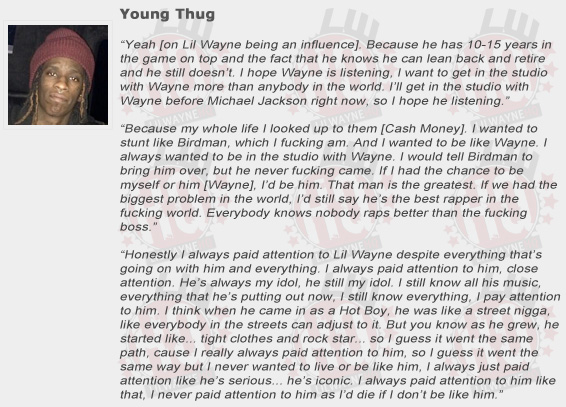