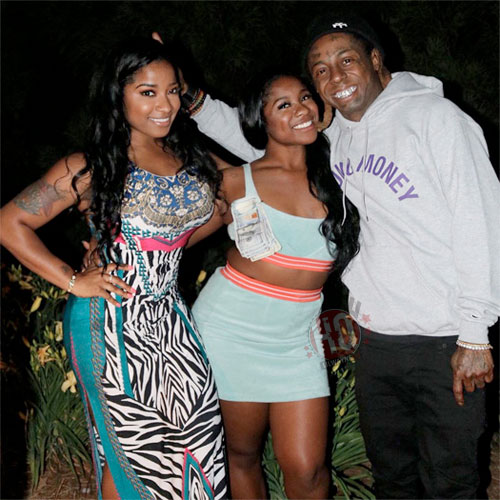 Reginae Carter, who was born in 1998, is one of the latest music artists to sign with Young Money Entertainment. She is the daughter of Antonia Wright and Lil Wayne, who is now also her YM boss. Reginae can do both singing and rapping, which she first showcased on The Carter Documentary back in 2009 when she rapped a verse for the camera.

Mack Maine, who is the president of Young Mula, announced Reginae Carter had signed to the record label during an interview in early 2013. He called her “a super megastar” and said we can all “just expect greatness” from her in the future. Nae Nae was also a member of the teenage girl group, OMG Girlz, but she left in 2010. She is now working on new solo music and was featured on Wayne‘s new Tha Carter V album on a song called “Famous“.

Television channel Lifetime have gave permission for a remake of Pride And Prejudice: Atlanta, which will be filmed and take place in Georgia before debuting in 2019.

Reginae Carter will be portraying the character Lydia, who is wild and crazy about boys. Even though she has worked on reality television shows before, this will be Nae Nae‘s first film that she has acted in!