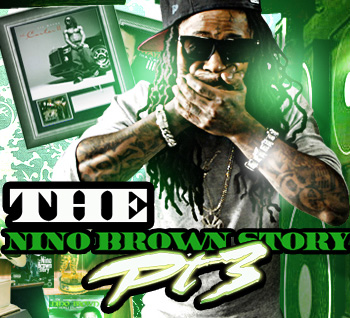 The Nino Brown Story (Part 3) is an upcoming documentary based on Lil Wayne, which will be filmed by DJ Scoob Doo and currently has no release date. This DVD will include Weezy‘s reaction to when he hears Drake’s verse from “Over” for the very first time, meeting Justin Bieber backstage at the 2010 Grammy Awards, Justin spitting his favorite verse from Wayne‘s “A Milli” track to his face, a tour of his mansion, and plenty more.