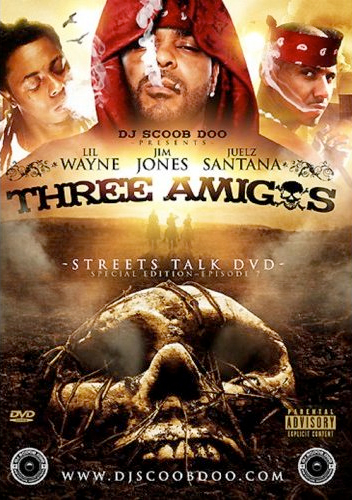 Three Amigos is a documentary starring Lil Wayne, Juelz Santana and Jim Jones that was filmed by DJ Scoob Doo and released in 2009. The DVD includes behind the scenes footage from Weezy, Juelz and Capo‘s daily lives showing how hard they work to keep at the top of the rap game.