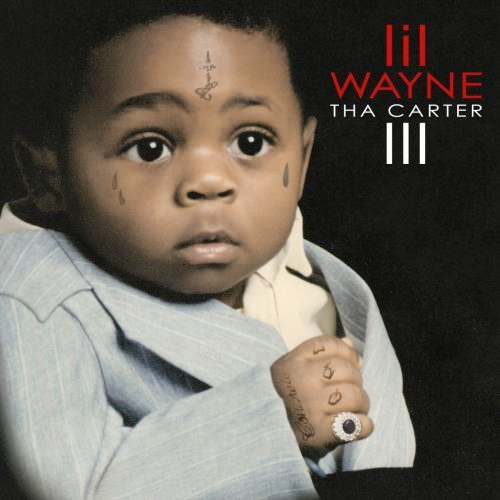 Tha Carter III is an official album that was released by Lil Wayne on June 10th, 2008. The project, which is the third album in Weezy‘s Tha Carter series, consists of sixteen songs with another seven songs on the deluxe edition.

From the day the album was released to today, Tha Carter III has sold over three million copies in the United States of America alone. It also went platinum in the first week of being released in stores and online by selling over one million copies. The singles that were released from his album are: “Lollipop“, “A Milli“, “Got Money“, and “Mrs. Officer“.

You can view the tracklist for Wayne‘s Tha Carter III album below. Be sure to click on each track title to be directed to a page that lets you read the lyrics for each song. Click here to purchase the project from Amazon!