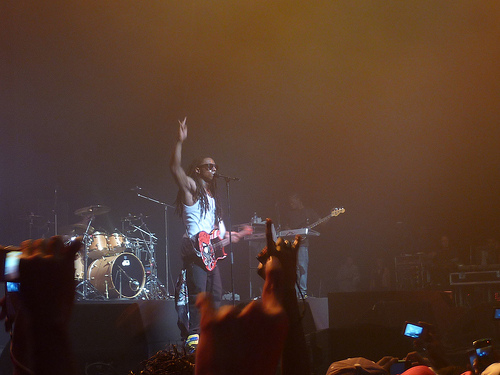 Here are some pictures of Lil Wayne performing on the Europe tour, but this time in Paris (10/11/2009). Hit the jump to see more photo’s, and the video below is Weezy covering Run DMC’s “Walk This Way“. As a bonus, you can also see some more pics of Wayne performing in London which Stephanie posted on our forums a couple days back here.