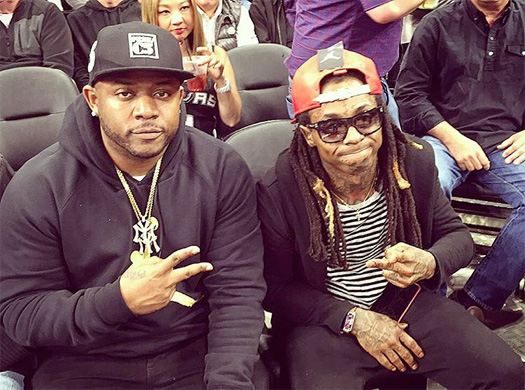 Weezy, who was sat courtside with Mack Maine, went on Twitter at the end of February to say he wanted to watch Steph Curry (who plays for the Warriors) play in person, so it looks like he stuck to his word.

“That lil’ dude [Stephen Curry] amazing. I’m sorry, but I gotta get my azz on my plane and go see this lil’ dude kourtside! I gotta witness this shit and shake his hand. He badd. He reminds me of Drizzy. He always hit the shot and me as the koach, I expect him to”

You can check out a short clip of Tunechi sitting courtside and joking around with the Spurs mascot at the NBA game after the jump below, as well as a tweet from someone who sat behind Tune and confirmed he smells like weed haha!

END_OF_DOCUMENT_TOKEN_TO_BE_REPLACED 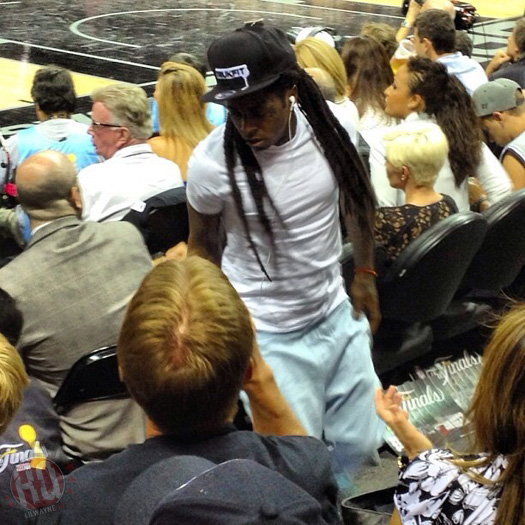 You can view plenty more photos of Tunechi at the NBA game after the jump below.