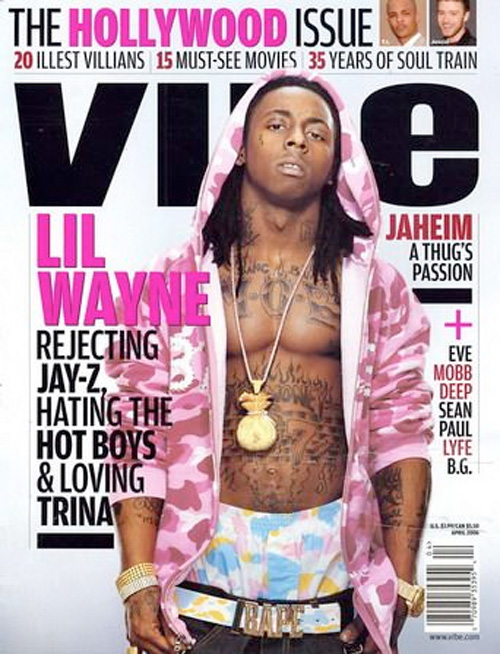 END_OF_DOCUMENT_TOKEN_TO_BE_REPLACED

Benjamin M. Ingram recently posted an interview he did with Lil Wayne back in early 2008 on the new Myspace to celebrate Tha Carter III reaching it’s fifth anniversary. This interview was done for Vibe magazine, but for some reason it was never published.

During the interview, Weezy F Baby spoke about his health, his creative process, planning to retire at 35, being in love, drugs, his family, why he works as hard as he does, playing the guitar, his relationship with Mannie Fresh, Tha Carter III, what motivates him, Cash Money Records, what he would be doing if he was not in the music industry, fans, legacy, if he would rather be Jay-Z or 50 Cent, and plenty more.

You can read the full interview after the jump below. It is a great read for any Tune fan!