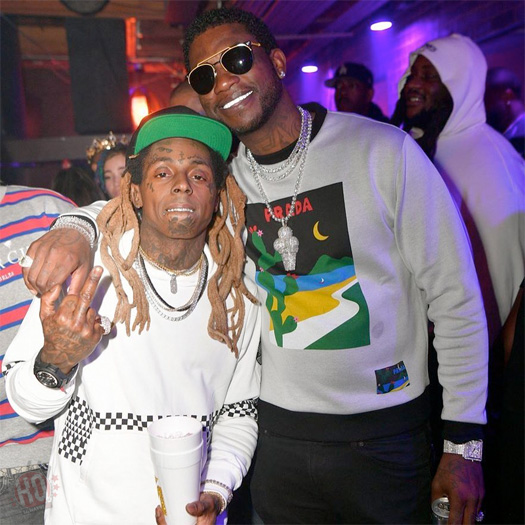 I previously posted up footage of Lil Wayne performing live at Oak Room nightclub in Charlotte, North Carolina a couple of months ago, and now we can see some more footage of him at the club.

During the 2018 CIAA Weekend event on March 2nd that was hosted by Tunechi and Gucci Mane with DJ Stevie J on the decks, Tune was spotted in VIP chilling and jamming out to his older songs like “Earthquake“, “Bling Bling“, “Go DJ“, and more.

Hit the jump to view the clips of Weezy at Oak Room in NC!

END_OF_DOCUMENT_TOKEN_TO_BE_REPLACED 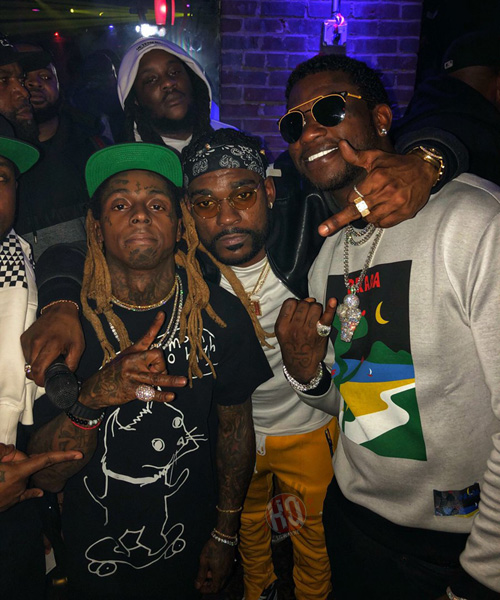 During the event, Tunechi performed “Wasted (Freestyle)“, “A Milli“, “Steady Mobbin’“, “No Worries“, and more songs live for everyone in attendance.

You can check out some footage of Weezy‘s live performance at Oak Room in the videos below, as well as him shouting out Gucci and Snoop Dogg‘s son!

END_OF_DOCUMENT_TOKEN_TO_BE_REPLACED 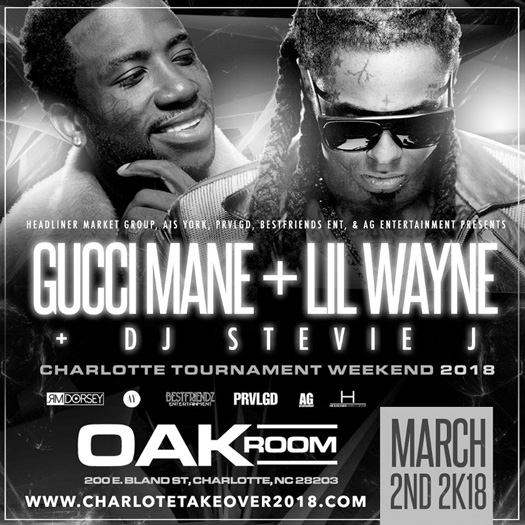 Over CIAA Weekend 2018, Lil Wayne and Gucci Mane will be hosting an event in Charlotte, North Carolina.

Tunechi and GuWop will perform live at Oak Room nightclub on Friday, March 2nd while DJ Stevie J is on the decks. 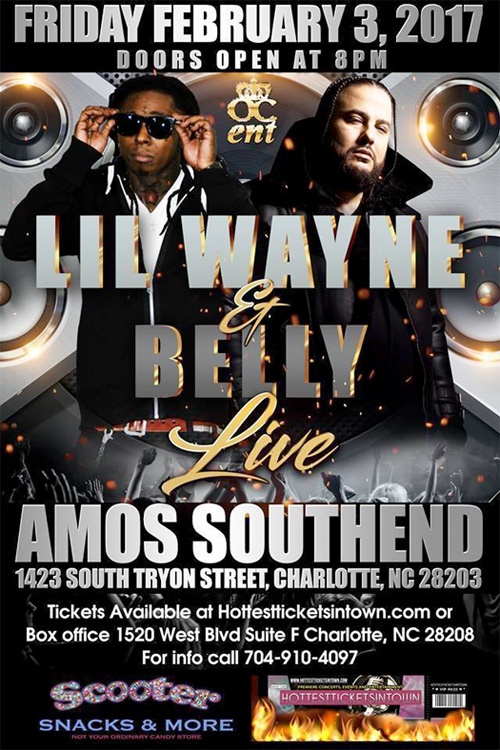 On February 3rd, 2017, Lil Wayne and Belly will host a show at Amos’ Southend music venue in Charlotte, North Carolina.

Doors will open on the Friday at 8:00PM and the show will start from 9:00PM. I wonder if Weezy and Belly will perform their “Barely Sober” collaboration live?

If you are over 21 and wish to attend this event, click here to order your general admission tickets online for $45.00 or VIP tickets for $65.00!

Yo Gotti has released a music video for his official “Fuck You” remix featuring Meek Mill that was directed by Dan The Man.

Lil Wayne makes a few appearances in the visual, which looks like it was shot in a strip club during CIAA Weekend in Charlotte, North Carolina.

As well as Weezy, other cameo appearances in the video that you can watch below can be seen from Diddy, Fabolous, Jim Jones, Shy Glizzy, and others!