On August 4th, Lil Wayne performed live on his America’s Most Wanted tour at the Comcast Center in Boston, Massachusetts. I have already posted up photos of Tunechi from this concert, but Shane Mulrenan just sent over some more pictures and footage that he captured from front row.

The next stop on Weezy F Baby‘s America’s Most Wanted music festival will take place tonight in Detroit, Michigan at the Joe Louis Arena!

END_OF_DOCUMENT_TOKEN_TO_BE_REPLACED 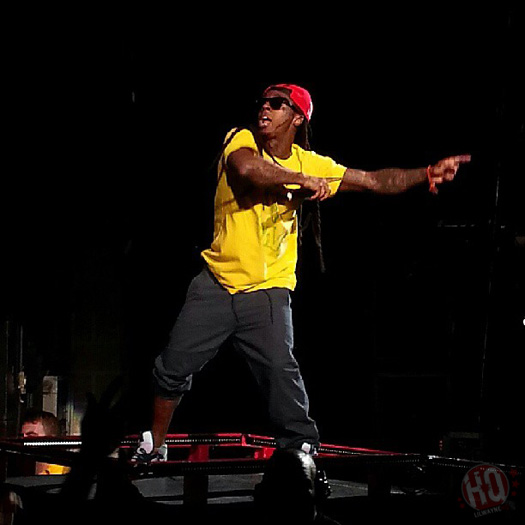 Lil Wayne performed live in Boston, Massachusetts at the Comcast Center last night for a stop on his America’s Most Wanted music festival. The next stop on the tour will take place tomorrow evening at the Riverbend Music Pavilion in Cincinnati, Ohio.

You can view more photos of Weezy F Baby performing with Birdman and T.I. after the jump below!

END_OF_DOCUMENT_TOKEN_TO_BE_REPLACED

YMCMB and MMG held an “I Am Still Music Tour” Ciroc after-party recently, and you can check out Lil Wayne and Rock Ross performing “John (If I Die Today)” at the party above.

After the jump, you can watch some footage of Weezy performing live in Mansfield, Massachusetts at the Comcast Center on July 17th. Tunechi will be performing in Scranton, Pennsylvania at the Toyota Pavilion tonight!