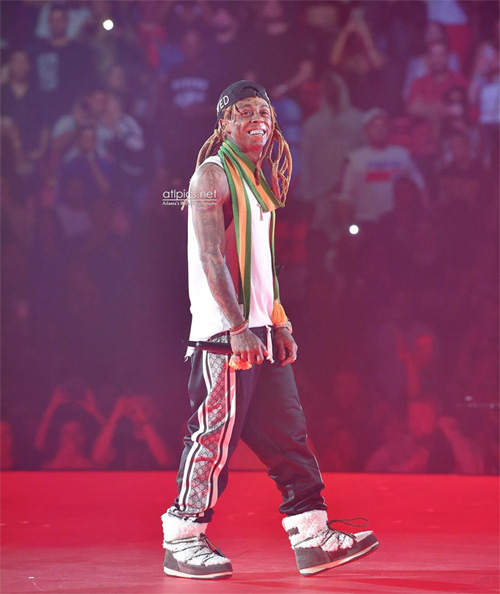 Just like on Tuesday night, Drake brought out Lil Wayne once again during the second Miami, Florida stop of his “Aubrey & The Three Migos Tour” on Wednesday night.

Weezy joined his Young Money artist Drizzy to perform “Steady Mobbin’” and “Uproar” live for everyone in attendance at the American Airlines Arena.

You can check out some footage of the two of them performing live after the jump below! How good would a “Drake vs. Lil Wayne” tour part 2 be?

END_OF_DOCUMENT_TOKEN_TO_BE_REPLACED

Last night, Lil Wayne performed live at Day 2 of the the 2011 Bonnaroo Music And Arts Festival in Manchester, Tennessee. You can watch some footage of Weezy performing “Bill Gates” and “Look At Me Now” below, and view lots of pics from his performance after the jump!