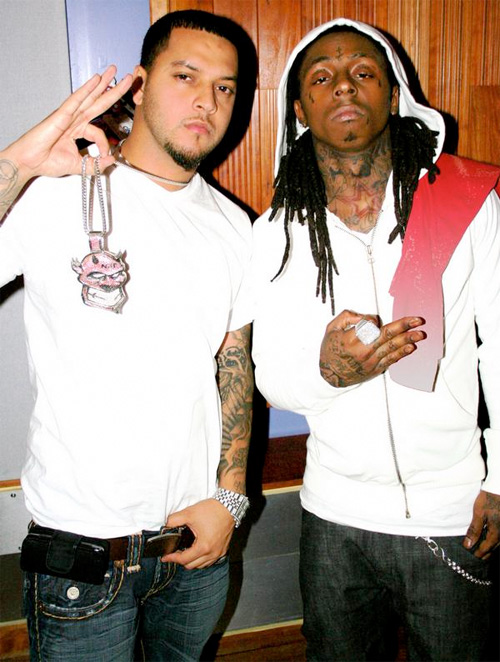 The self-produced song, which was released in 2008, appears on Nu Jerzey‘s album that came out in 2009, Mr. Red Karpet.

“But please stop sweating me, women scream: “get in me”; And what do I do? I get in ’em; I put on my boot and I step in ’em; Right, left in ’em; Mr. Excedrin, head all the time; And it may sound crazy, but I got head on my mind; Lay it on the line, or just lay on Young Carter; And yeah I hear you screaming, but my name ain’t Harder!”

You can listen to “Different Girls” and check out some behind the scenes footage of how the song was created in the studio below.

END_OF_DOCUMENT_TOKEN_TO_BE_REPLACED

Someone from our forums who goes by the name of EastsideBoi89 is from Atlanta and he has heard a lot of people talking about Lil Wayne shooting a music video over there last night.

This would make sense as he was in Atlanta yesterday performing on the America’s Most Wanted Music Festival and we all know that he also has an apartment in the A!

So, what video do you all think he was shooting ❓ Could it be “Hot Revolver” or is that too ‘old‘ now, could it be “In Your Face” because that is supposedly the next single from his upcoming album Rebirth, could it be “Different Girls” with Nu Jerzey Devil as this song is going to have a music video to it or could it be “Revolver” with Madonna ❓

Let us know what you think in the comments 🙂