According to the RIAA, the DJ Spinz, Southside, and GSP-co-produced collaboration has been purchased and streamed over 1 million times since it was officially released on April 1st, 2016.

Congratulations to everyone involved with the “Order More” song! Click here to read the lyrics.

END_OF_DOCUMENT_TOKEN_TO_BE_REPLACED

According to the RIAA, G-Eazy‘s “Order More” single featuring Lil Wayne, Yo Gotti and Starrah was certified Gold on April 4th.

This means that the DJ Spinz, Southside, and GSP-co-produced track has been purchased and streamed over 500,000 times since it was officially released on April 1st, 2016.

Congratulations to everyone involved with the “Order More” collaboration! Click here to read the lyrics for the song.

END_OF_DOCUMENT_TOKEN_TO_BE_REPLACED 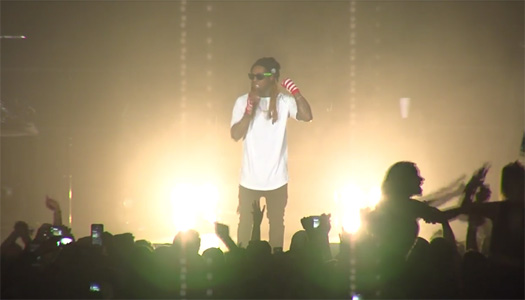 For the last stop of his “Kloser 2 U Tour” on May 13th, Lil Wayne performed live at the Sullivan Arena in Anchorage, Alaska.

This was Tunechi‘s very first time putting on a live show in Alaska. He was also joined by Mannie Fresh and DJ Spinz.

You can check out some footage of Weezy performing “Mr. Carter” and “Got Money” live in Anchorage below!

END_OF_DOCUMENT_TOKEN_TO_BE_REPLACED 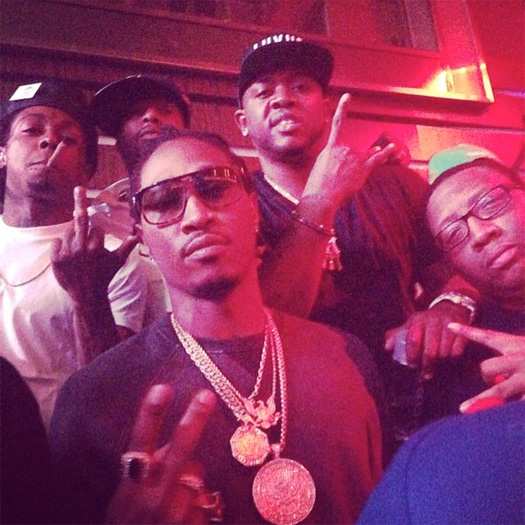 Lil Wayne has recorded a verse over Future‘s “Fuck Up Some Commas” single that was co-produced by DJ Spinz and Southside, which is one of the hottest songs playing in the nightclubs right now.

There is no word just yet on if this will be an official remix, or if it is another leftover from Weezy‘s Sorry 4 The Wait 2 mixtape.

You can stream Tunechi‘s “Fuck Up Some Commas” freestyle after the jump below. Tune also sent some more shots to Birdman!