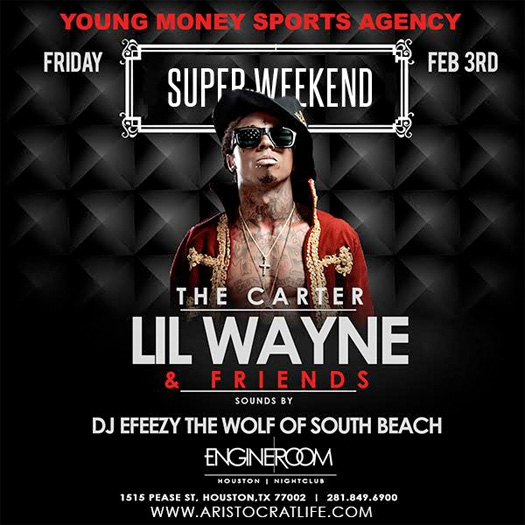 Next Friday on February 3rd, Lil Wayne will be hosting a party at Engine Room nightclub in Houston, Texas for 2017 Super Bowl Weekend.

Weezy and his friends will be promoting his Young Money APAA Sports agency at the event while DJ E-Feezy provides the music.

END_OF_DOCUMENT_TOKEN_TO_BE_REPLACED 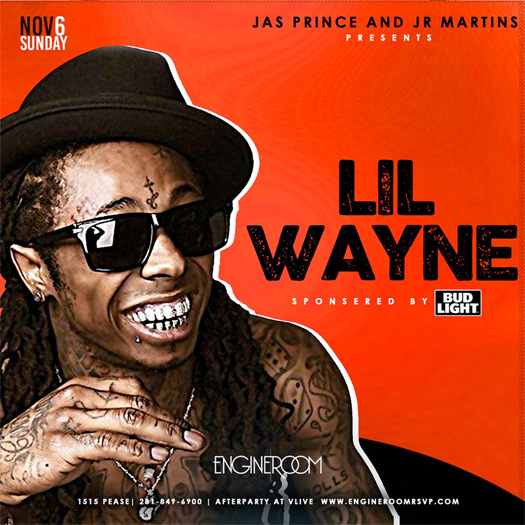 Lil Wayne, Travi$ Scott, Yo Gotti, Ty Dolla $ign, and Desiigner are all going to be performing live at the Toyota Center in Houston, Texas later today for 93.7 The Beat and Bud Light’s 2016 “Beat Bash” concert.

After the show, Weezy will head to Engine Room nightclub in Houston to host a party from 10:00PM until 2:00AM CST. If you wish to attend the club and see Tunechi, be sure to RSVP here to get free entry!