Tag Archives: fuck how it turn out 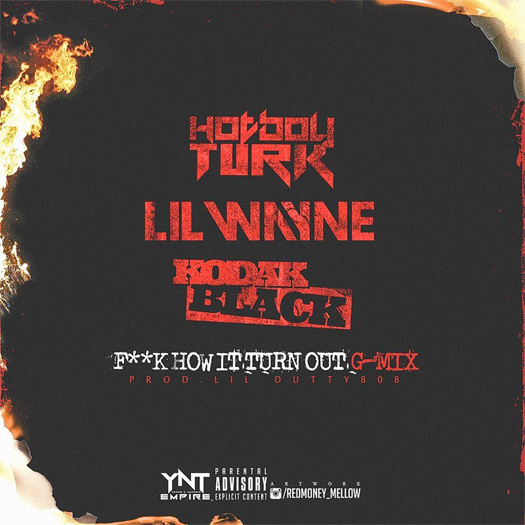 Last month, Turk hinted at having Lil Wayne on the official remix to his “Fuck How It Turn Out” single, but it ended up dropping with only a Kodak Black feature.

Now the YNT founder has announced that Tunechi will be featured on the G-Mix to “Fuck How It Turn Out“.

You can check out the artwork above and see Weezy‘s text message confirming he will send a verse to Turk after the jump below!