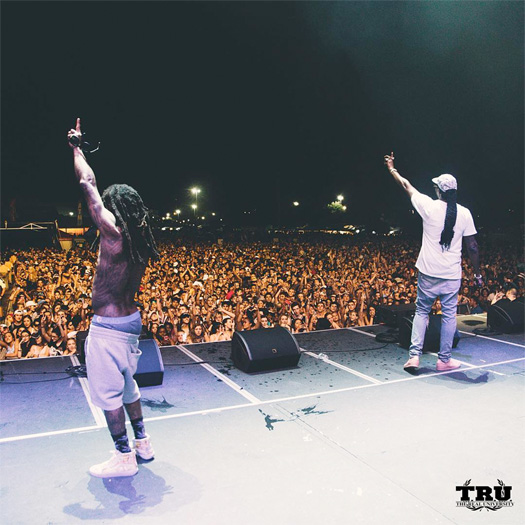 A few days ago on June 4th, Lil Wayne and 2 Chainz headlined this year’s Free Press Summer Festival as a duo, which took place at Buffalo Bayou’s Eleanor Tinsley Park in Houston, Texas.

During their set, Weezy and Tity Boi performed “Duffle Bag Boy” and “Gotta Lotta” live together. For their solo sets, Tune performed “A Milli“, “John” and “I’m Goin’ In“, and Chainz performed “No Lie“, “Crack” and “I Luv Dem Strippers“.

You can check out some footage from the ColleGrove duo’s live performance at the 2016 FPSF in Houston after the jump below!