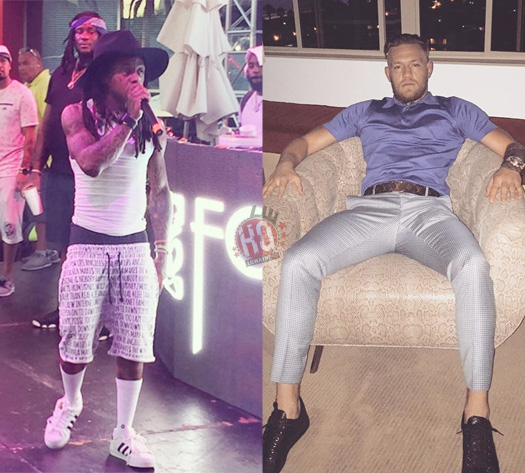 END_OF_DOCUMENT_TOKEN_TO_BE_REPLACED

On October 9th, Lil Wayne began the European leg of his America’s Most Wanted music festival by performing live at The O2 in Dublin, Ireland.

After the jump below, you can watch Tunechi perform “She Will“, “6 Foot, 7 Foot“, “No New Friends“, “Tapout“, and “Pop That“. Wayne can also be seen skating on stage, giving his sunglasses to someone in the front row, and throwing his sneakers into the crowd.

Weezy F Baby will next be performing live on his tour tonight in Toulouse, France. Click here to view some photos from the Dublin, Ireland concert!

END_OF_DOCUMENT_TOKEN_TO_BE_REPLACED

A Beer Bottle Gets Thrown At Lil Wayne During His Concert In Dublin, Ireland [Video]

During Lil Wayne‘s concert last night at The O2 in Dublin, Ireland, someone in the crowd thought it would be funny to throw a beer bottle on stage at Wayne.

The last time when something similar to this happened when Tunechi was in the UK, he ended up walking off stage and cancelling the show. This time around, Tune tells the crowd that he will not stop his show, but where he comes from, they “throw shit back at your ass”.

Click here to view some photos of Weezy F Baby performing in Dublin on his America’s Most Wanted tour. Shouts to Donal Moore for sending over the footage! 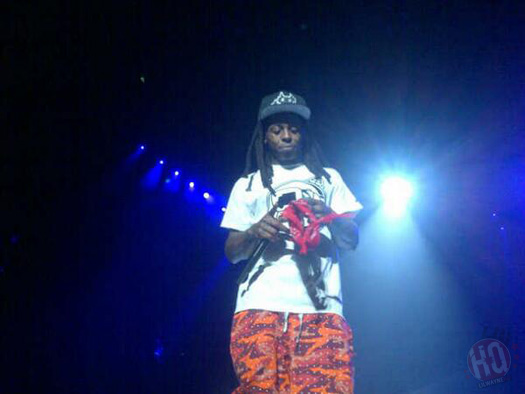 Last night, Lil Wayne kicked off his America’s Most Wanted music festival in Europe by performing live in Dublin, Ireland at The O2. You can check out some front row photos of Tunechi on stage at his concert after the jump below.

Weezy F Baby will next be performing live on his European tour on October 12th at the Zenith De Toulouse in Toulouse, France!