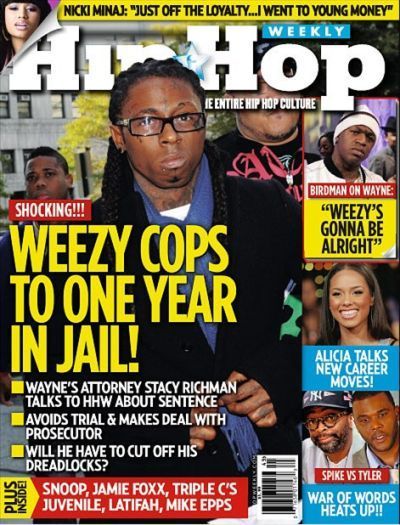 END_OF_DOCUMENT_TOKEN_TO_BE_REPLACED

Watch the video above to see Jay Sean talk about his experience with Lil Wayne when they where performing in the UK, and how he is dealing with Weezy‘s upcoming jail time.

Also according to Rap-Up, Lil Wayne will be performing with Shakira at the 2009 American Music Awards which airs on Sunday, November 22 at 8PM EST on ABC.

Young Money CEO Lil Wayne is facing up to a year in prison for a weapon violation in New York, while B.G. was arrested for possession of guns and drugs during a traffic stop in New Orleans last Tuesday (November 3).

“We got a hell of a plan and hell of a strategy,” Baby told Eric B. & Friends on AllHipHop Radio today (November 9).

“I promise you, you’ll think he [Lil Wayne] never left the streets. It ain’t much about the music at this point with my son, like fuck the music,” Baby said. “We got to go through something family wise, that the fans and nobody else will ever have to go through. This is the first time I will ever be without my child that means the world to me. This is where Blood stick together.”