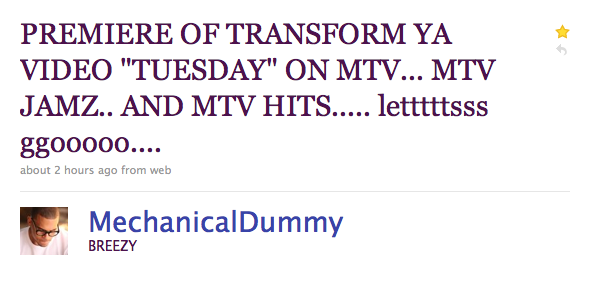 Chris Brown has revealed the premiere day of his music video titled “I Can Transform Ya” which features Lil Wayne and Swizz Beatz via his twitter page:

You can view pictures of behind the scenes here.