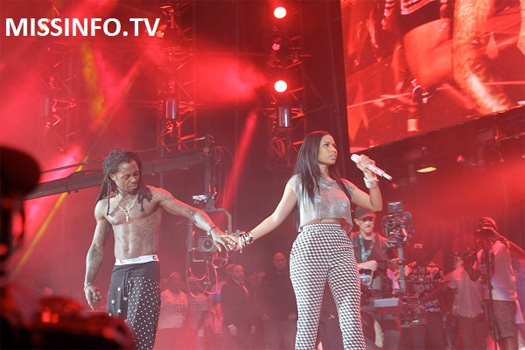 Lil Wayne came out on stage wearing a ski mask, TRUKFIT shorts, and an exclusive pair of the Air Jordan 6 “Championship Cigar” sneakers, which are only due to be released on June 14th.

You can view the pics of Tunechi performing with his Young Money artists Nicki Minaj and Drake below. Click here to watch their live performance!

END_OF_DOCUMENT_TOKEN_TO_BE_REPLACED

During the Young Money set, Nicki brought out Drizzy to perform “Worst Behavior” and “Trophies“, as well as Weezy F Baby to perform “Believe Me” and “Loyal“.

You can watch a clip of their live performance after the jump below. Click here to watch Minaj‘s full set at Summer Jam!

END_OF_DOCUMENT_TOKEN_TO_BE_REPLACED

Lil Wayne has been announced as a performer at this year’s Summer Jam music festival, which will take place at the MetLife Stadium in New Jersey on June 1st. 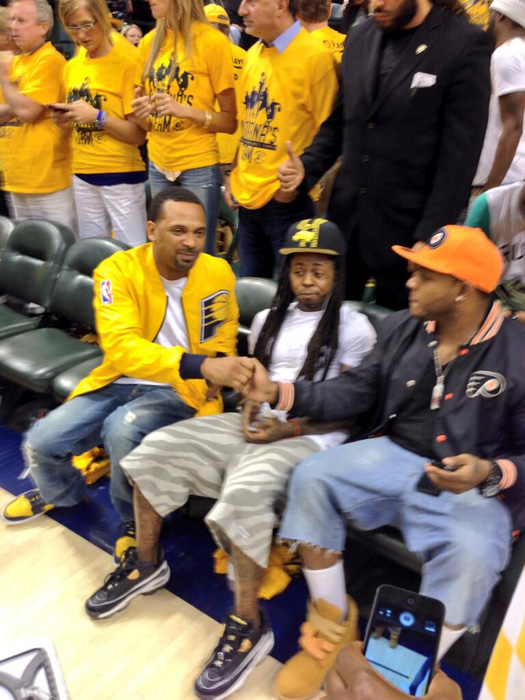 END_OF_DOCUMENT_TOKEN_TO_BE_REPLACED

Above, you can watch another interview with Lil Wayne while he was launching his TRUKFIT clothing line at Macy’s in Los Angeles, California on June 1st.

Tunechi is not so sure about his Young Money artist and friend Drake‘s style though. With a smirk on his face, Wayne explained that Drizzy is not really a fashion type of dude and is more better at “getting dressed”.