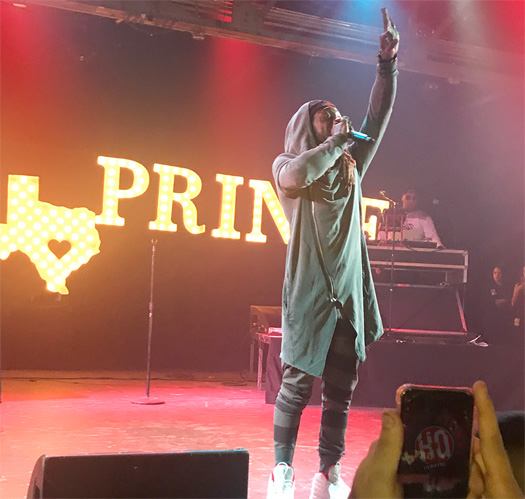 Earlier this month, we heard a sneak peek of Kodak Black‘s upcoming “Back To Life” single featuring Lil Wayne after he had first announced it in October.

Now Kodak has shared a full video to his YouTube channel of him playing his and Wayne‘s collaboration during his “Project Baby Tour” show at the Royal Oak Music Theatre in Michigan on November 5th.

You can check out the full live version of “Back To Life” after the jump below! Are you looking forward to hearing the CDQ version?

END_OF_DOCUMENT_TOKEN_TO_BE_REPLACED 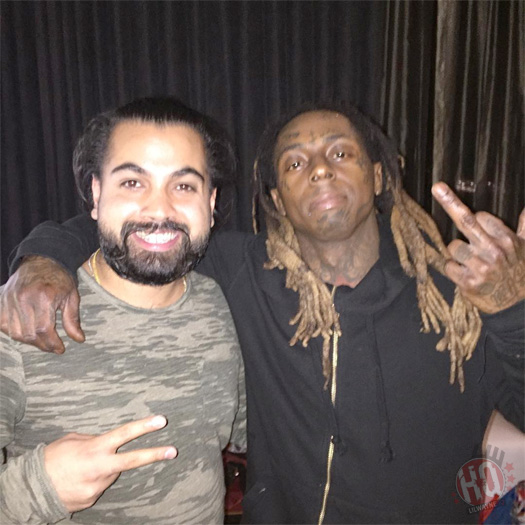 After confirming he has a new collaboration with Lil Wayne in October, Kodak Black has now previewed the song at one of his recent concerts.

Kodak played his and Tunechi‘s verses off the track during his “Project Baby Tour” stop at the Royal Oak Music Theatre in Michigan yesterday.

You can check out a teaser of Black and Weezy‘s upcoming collabo after the jump below. There is no word yet on if Future will be featured on it too!

END_OF_DOCUMENT_TOKEN_TO_BE_REPLACED 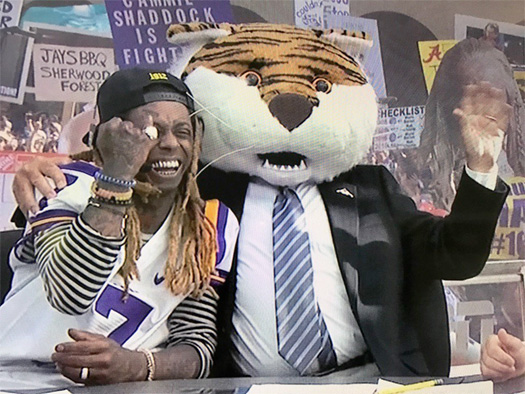 This past weekend on November 5th, Lil Wayne made an appearance on ESPN’s “College GameDay” show that was filmed at the Tiger Stadium in Baton Rouge, Louisiana while rocking a LSU Tigers jersey.

During the pre-game show, Tunechi made his picks for 10 games along with the “College GameDay” hosts Desmond Howard, Lee Corso (who jokingly stole Tune‘s diamond pinky ring), and Kirk Herbstreit.

You can check out Weezy‘s full appearance on “College GameDay” after the jump below!

END_OF_DOCUMENT_TOKEN_TO_BE_REPLACED

Drake Brings Out Lil Wayne During His “Would You Like A Tour?” Stop In Miami, Florida [Videos] 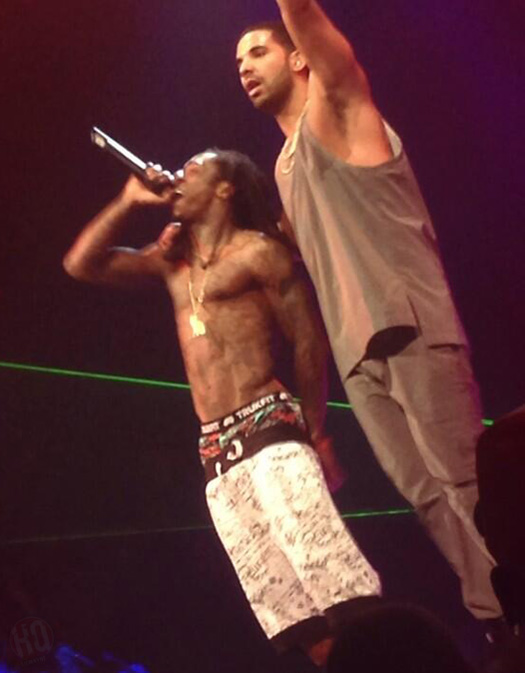 Last night, Drake brought out his Young Money boss Lil Wayne during his concert at the AmericanAirlines Arena in Miami, Florida for a stop on his “Would You Like A Tour?”.

Weezy F Baby came out to his hook on Drizzy‘s “Hell Ya Fuckin’ Right (HYFR)” song and then performed his “Rich As Fuck” single live for the people in attendance.

You can check out some footage from the show below!

END_OF_DOCUMENT_TOKEN_TO_BE_REPLACED

Lil Wayne will have to wait an additional day before he returns home, a Rikers Island corrections officer told MTV News on Thursday morning (November 4). The superstar rapper was expected to be released around 1AM but apparently needs to ride out one more day before he is a free man.

“His time was miscalculated. He owed, he owes one day of ‘good time,’ so it’s gonna be another night,” Officer Carl Carabello said Thursday as MTV News awaited the New Orleans lyricist’s release outside the rapper’s jail. Carabello added that “good time” is reduced when an inmate runs into trouble behind bars. “If you get an infraction in jail, they’ll take away ‘good time’ — time that you accumulated for good behavior.”

Although the officer did not confirm what may have caused the delay of Weezy’s release, it is possible that a May incident in which the MC was caught with headphones and an MP3 player, which is a violation of prison rules, may have come into play. However, a spokesperson for the New York City Department of Correction told MTV News on October 5 that the MP3 player flap would not land Weezy additional jail time.

Carabello said Wayne would be released “probably tomorrow” (Friday, November 5). A spokesperson for Rikers Island Correctional Facility, Officer Daniels, confirmed to MTV News that Weezy remains in prison but was unable to comment on when the rapper may be released or whether his time was extended due to an infraction.

Via MTV, and Free Weezy already!