Kodak Black Admits He Was Wrong To Diss Lil Wayne, Reveals Wayne’s “Blowing Up Fast” Made Him Write His First Rap [Video] 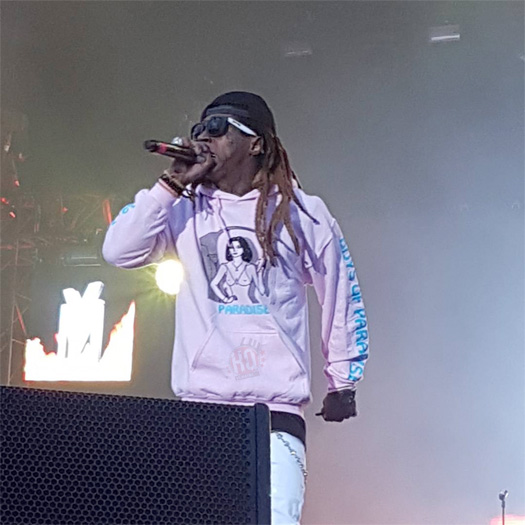 Earlier this year, Kodak Black dissed Lil Wayne on Instagram Live and even mentioned that he wanted to fight Wayne for the “Best Rapper Alive” title.

Now, Kodak has come out to basically say he was wrong for dissing Tunechi while bumping Tune‘s “I Miss My Dawgs” song off Tha Carter album: “Listen, I fuck with Wayne.”

Black explained that he thought Mr. Carter tried to “smurf a nigga” by acting like he didn’t know who he was in an interview with The New York Times, as well as that he was drunk off Patron and Grey Goose vodka when he dissed Weezy.

Also in the video, which you can check out after the jump below, Kodak Black revealed that it was Lil Wayne‘s “Blowing Up Fast” song off his The Suffix mixtape which made him want to write his very first rap!