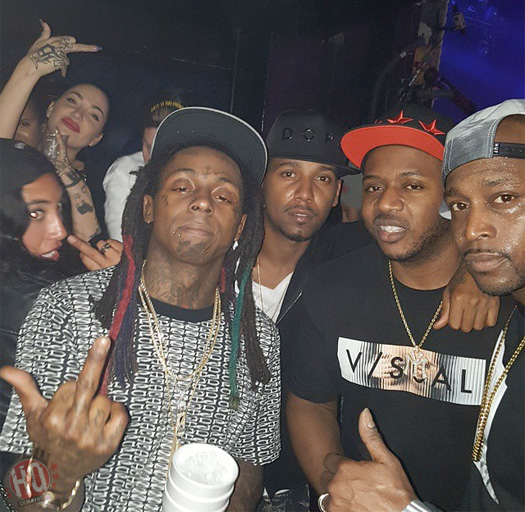 As he left the nightclub, TMZ caught up with Tunechi to ask him will he ever end his beef with Young Thug (see the footage below).

Similar to how he answered questions about his beef with 50 Cent back in 2009, Weezy completely changed the subject of the question and talked about his daughter Reginae Carter.

END_OF_DOCUMENT_TOKEN_TO_BE_REPLACED

Last night (July 29), Lil Wayne performed live in Camden, New Jersey at the Susquehanna Bank Center for part of his “I Am Still Music” tour. Weezy surprised the crowd by bringing out Nicki Minaj for the first time on the second leg of his tour. You can view lots of photos from the show after the jump below, and Tunechi Li will be performing at the Farm Bureau Live in Virginia Beach, Virginia tonight.

END_OF_DOCUMENT_TOKEN_TO_BE_REPLACED

Pictures: Lil Wayne Performs In Florida For “I Am Still Music” Tour 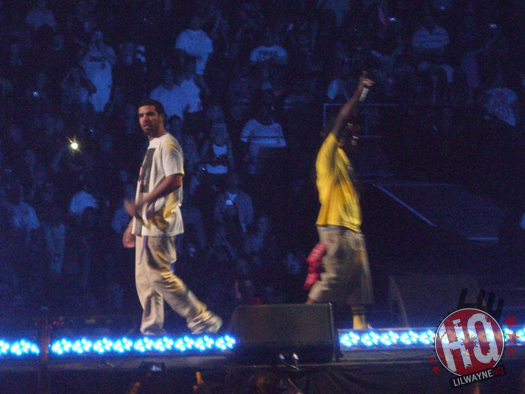 On April 5, 2011, Lil Wayne performed at the BankAtlantic Center in Sunrise, Florida for his “I Am Still Music” tour. Weezy supposedly drove a go-cart onstage during Nicki Minaj’s set and crashed it, but I can’t find any footage of that, so if anyone who was at the show captured it on video, feel free to send it to me. Tunechi also got his second lap dance from Nicki in Florida, and you can watch some great footage below of Tune bringing out Ace Hood to perform the “Hustle Hard Remix“. More photos from this show, courtesy of Wilton Bazil, are after the jump, and Wayne‘s next stop on the “I Am Still Music” tour will be tomorrow (April 8 ) in Greensboro, North Carolina at the Greensboro Coliseum.