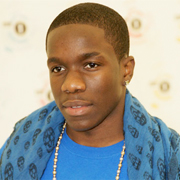 Tinchy Stryder has revealed who he would love to form a fantasy band with.

The ‘Number One’ rapper was asked who he’d have on board by the Independent, and amongst his choices are Mary J. Blige and Lil Wayne.

“I think Mary J Blige is one of a kind. Lil Wayne is a huge influence for me.” Stryder said. “He’s always experimenting and isn’t afraid to come out of his box and I respect that.”

“Red Hot Chili Peppers’ bass player is pretty cool and I’m trying to introduce the word ‘Flee’ to everybody… it’s for when something is so fly, it’s flee. Basically, he stole my word for his name.”

As for drums, Tinchy name checked Travis Barker of Blink 182. “I watched some programme about the band and Travis’ playing blew me away.”

Via Angry Ape | Previous: Lil Wayne Has Asked Tinchy Stryder To Support Him On Tour