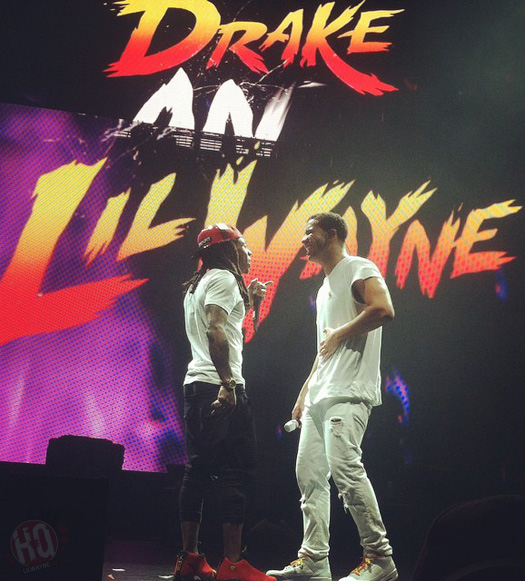 Last night, the “Drake vs. Lil Wayne” tour made a stop at the Verizon Wireless Amphitheatre in Irvine, California. Drizzy was the winner out of the “battle”, so the score is now back to a tie at 15-15.

You can view more photos from the Irvine concert after the jump below. The Young Money rappers will next perform on their joint tour later this evening at the Sleep Train Amphitheatre in Chula Vista!