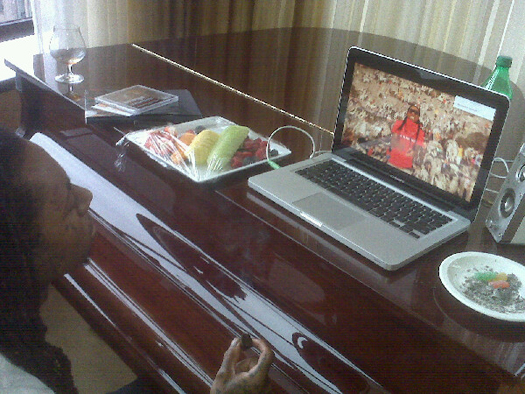 Lil Wayne watching the “Steady Mobbin'” music video after being released from Rikers.

If anyone has me on Facebook, I said we would be getting some new Lil Wayne tonight! Here, we have an unreleased verse by Weezy over a Timbaland beat that was supposed to be on Timbo‘s Shock Value II album. T-Pain is also on the chorus of this “Talk That” song, which you can stream/download below: