Tag Archives: skate it off 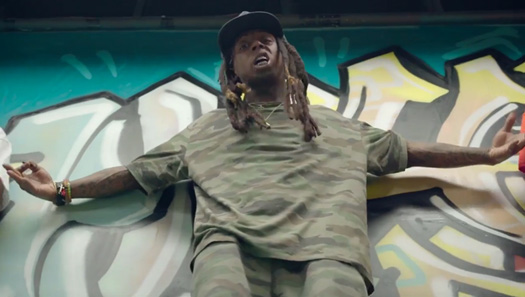 We heard a preview of this song around 2 months ago, and now Lil Wayne has released a music video for his new track called “Skate It Off“.

The visual, which was shot at Weezy‘s private indoor skate park in Miami, includes cameos from his skating crew.

Production company Twice As Nice are the makers behind this crazy beat too!