The song will appear on the Strange Music founder’s upcoming album, Special Effects, due to be released on Monday (May 4th).

You can stream “Bass Ackwards” after the jump below!

END_OF_DOCUMENT_TOKEN_TO_BE_REPLACED

Lil Wayne Spends Easter With His Kids In N.O., More News On The Tech N9ne Collaboration 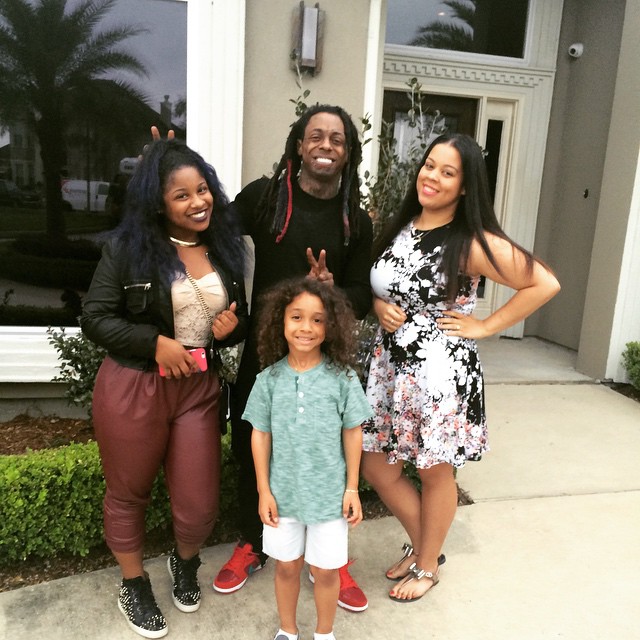 Yesterday for Easter Sunday, Lil Wayne spent the day with his children in New Orleans, Louisiana before heading to The Hyatt Regency in the evening. You can see a photo of Weezy with Jayde and his kids Reginae and Dwayne III above!

In other Tunechi news, it has been revealed today that the upcoming Tech N9ne and Tune collaboration, which will also feature Yo Gotti and Strange Music’s Big Scoob, will be titled “Bass Ackwards“. We should be hearing the song in less than a month when Tech‘s Special Effects album drops on May 4th!