The unfinished version of Young Jeezy‘s “Ballin’” music video featuring Lil Wayne surfaced online a few weeks ago, but now VEVO has premiered the official version with a few changes.

The visual was directed by Colin Tilley and the song can be found on Jeezy‘s TM103 album. You can view some pictures from on set of the video shoot here!

Here is the official music video for Young Jeezy‘s “Ballin’” single featuring Lil Wayne, which was directed by Colin Tilley. This is the street single from Jeezy‘s upcoming TM103 album that is supposedly dropping soon. You can watch some behind the scenes footage here, and view some behind the scenes pictures here! 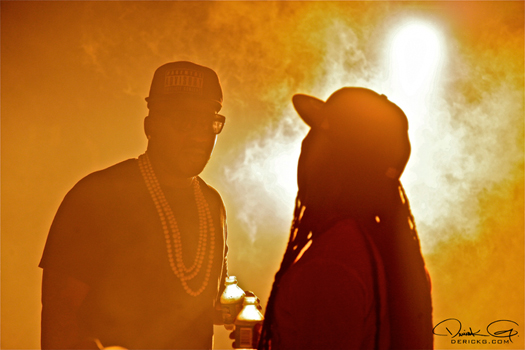 DG just posted some behind the scenes photos from on the set of Young Jeezy‘s “Ballin’” video shoot featuring Lil Wayne, which is Jeezy‘s street single from his upcoming TM103 album. You can view more pictures after the jump:

END_OF_DOCUMENT_TOKEN_TO_BE_REPLACED

We got Lil Wayne‘s verse last month, now here is the full mastered version of Young Jeezy‘s “Ballin’” produced by Lody Lucci. This is the street single from Jeezy‘s upcoming TM103 album, and you can stream/download the track below:

Tunechi told Rolling Stone Magazine when he got out of jail in November, 2010 that he is working on features for Kelly Rowland and Young Jeezy. We have already heard the Kelly Rowland feature, and now we have just received the Young Jeezy feature, which is titled “Ballin’“. Unfortunately the track is unfinished (missing Jeezy verses), but the final version should make Jeezy‘s upcoming TM103 album. You can listen and download the song below: