Above, you can watch some footage of Lil Wayne performing live in Toulouse, France at the Zenith De Toulouse on October 12th for a stop on his America’s Most Wanted tour.

Tunechi can be seen performing “Tapout“, thanking people in the crowd for rocking TRUKFIT, and explaining to them that he does not care about the hate he receives as long as his bitches love him before going into performing “Bitches Love Me“. 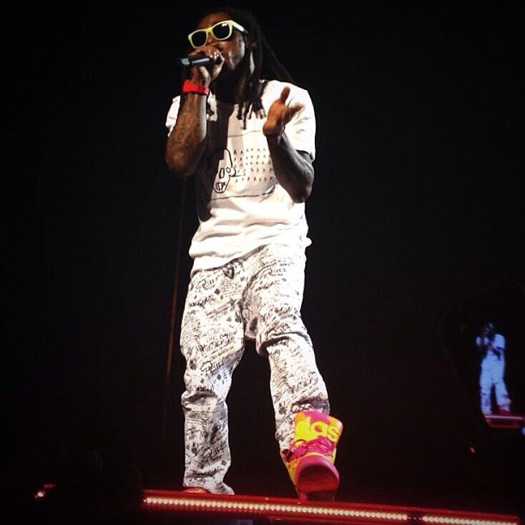 Yesterday, Lil Wayne performed live at the Zenith De Toulouse in Toulouse, France for a stop on his America’s Most Wanted music festival. You can view some photos of Tunechi performing on stage after the jump below.

The next stop on Weezy F Baby‘s European tour will take place tonight in Marseille, France at the Le Dome De Marseille!