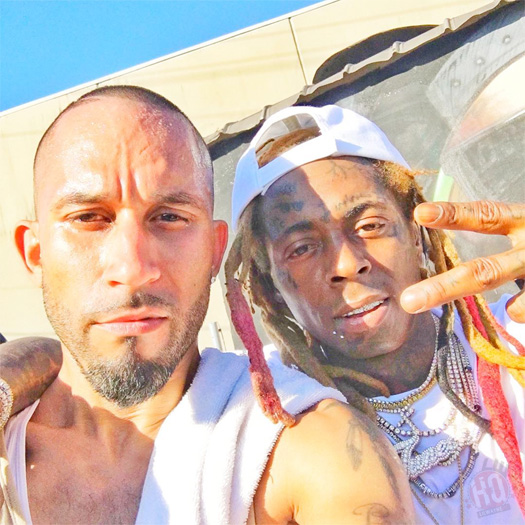 END_OF_DOCUMENT_TOKEN_TO_BE_REPLACED

If you didn’t already know, the latest viral dance challenge has been created to Lil Wayne‘s “Uproar” song that was co-produced by Swizz Beatz and Avenue Beatz off Tha Carter V.

Tunechi himself has decided to participate in this challenge and he had some special guests to help him – his kids Cameron and Neal Carter.

You can watch Weezy thank everyone for their work on C5 before he is interrupted by his 2 boys popping up out of the wardrobe below, as well as also see Reginae Carter show off her own version of the #UproarChallenge!