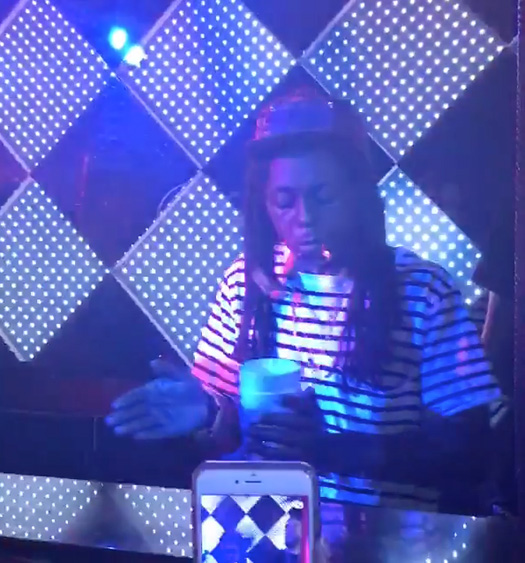 On May 26th, Lil Wayne hosted a party at Dream Nightclub in Miami, Florida to kick off his Memorial Day Weekend celebrations.

During his appearance at the club, Weezy was spotted jamming out to Future‘s “March Madness“, Post Malone’s “White Iverson“, and 2 Chainz’ “Watch Out“.

You can check out some footage of Tunechi at Dream Nightclub after the jump below, courtesy of DJ Country The Truth and Sona Nath!